For the second time this season Arsenal succeeded to achieve two consecutive wins in the English Premier League after beating WBA with 2-0 at home and Reading as a guest with 2:5. The previous series was after victories over Liverpool and Southampton and ended with a draw away against the champions from last year Manchester City, followed by a loss from Chelsea at home. 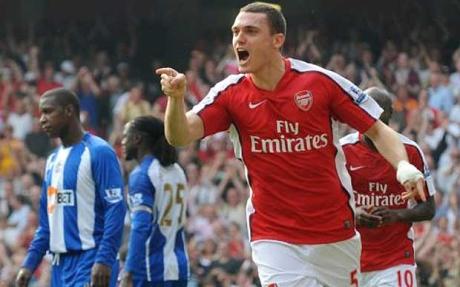 Wigan? Last season the guests from London succeeded only twice to reach a series of three or more wins, but both series were more than impressive. One with seven straight wins and the other with five consecutive victories.

For me this Arsenal team is worse than the team from last year and this is mainly due to the absence of Robin van Persie. Theo Walcott’s desire to play as a central striker has led to chaos in the team and the position of Olivier Giroux is not very clear.

On the other hand, 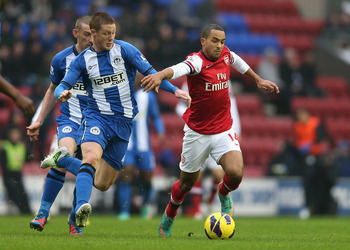 Wigan is a traditionally inconvenient opponent for the Londoners as they beat them last year, drew two seasons ago and managed to take another win in the season 2009/2010.

For me, the question is how sure is to bet for a Wigan win with an Asian Handicap margin of one goal. Such bet would be lost if Arsenal win by two goals or more, something that at least I don’t think is particularly likely. Arsenal simply lack that class, allowing them to win in a long series of matches. Something in the very spirit of the team is broken. It seems that Arsene Wenger’s players don’t believe in themselves and this prevents them from winning.

On the other hand, the situation with the players of Wigan is the opposite. Roberto Martinez’s players know that in the recent years they have always been among the favorites for relegation, but it never happened. They know that they can fulfill their task again and this makes them dangerous. Moreover, they already know what it feels like to beat Arsenal.

Therefore I will bet for a win for Wigan with a margin of one goal and odds of 1.7.

This entry was posted in Без категория. Bookmark the permalink.